You have successfully deleted an item.
Saskatchewan Indian Institute of Technologies 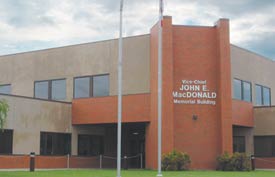 On July 1, 2000, provincial legislation in the Province of Saskatchewan recognized SIIT as a post-secondary institution by way of the Saskatchewan Indian Institute of Technologies Act. The SIIT Act has given the institution recognition from both the Indian and non- Indian communities. This new legislation will assist First Nations students in the transfer of credits to other post-secondary institutions and to have their certificates and diplomas recognized at the provincial level by both First Nation and non-First Nation employers.
Saskatchewan Universities
Browse All